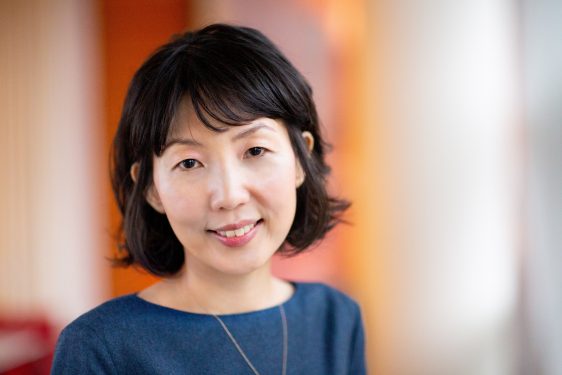 College of Letters & Science | School of Journalism and Mass Communication

Young Mie Kim is a Professor of School of Journalism and Mass Communication and a Faculty Affiliate of the Department of Political Science. Kim is a 2019 Andrew Carnegie Fellow.

Kim’s research, “The Stealth Media? Groups and Targets behind Divisive Issue Campaigns on Facebook,” identified “suspicious groups,” including Russian groups on Facebook ahead of the 2016 elections. It received the Kaid-Sanders Award for the Best Political Communication Article of the Year by the International Communication Association. Her work appeared on more than 400 national and international media (The New York Times;WIRED; BBC) outlets. Kim also actively engages in public scholarship to work toward policy solutions for malicious actors’ disinformation campaigns and microtargeting on digital platforms. Kim testified at the Federal Election Commission‘s hearings on the rulemaking of internet communication disclaimers. She presented her research and provided expert opinions at the Congressional briefings on foreign interference in elections, the Honest Ads Act, and other technology policy matters. Kim was also invited by the European Data Protection Supervisor, the European Union’s data protection authority, to speak at the European Parliament on her research on data-driven political advertising and inequality in political involvement.