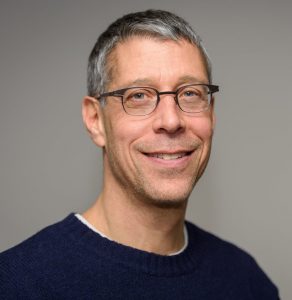 Professor Nadler’s research focuses on philosophy in the seventeenth century. He has written extensively on Descartes and Cartesianism, Spinoza, and Leibniz. He also works on medieval and early modern Jewish philosophy. His publications include Spinoza: A Life (Cambridge, 1999; second edition, 2018); The Best of All Possible Worlds: A Story of Philosophers, God, and Evil (Farrar, Straus, & Giroux, 2008; paperback, Princeton 2010); The Cambridge History of Jewish Philosophy: From Antiquity through the Seventeenth Century (2009), co-edited with Tamar Rudavsky; A Book Forged in Hell: Spinoza’s Scandalous Treatise and the Birth of the Secular Age (Princeton, 2011) and The Philosopher, the Priest, and the Painter: A Portrait of Descartes (Princeton, 2013). Heretics: The Wondrous (and Dangerous) Beginnings of Modern Philosophy  (Princeton University Press), a graphic book (with Ben Nadler), was published in 2017. His most recent books are Menasseh ben Israel: Rabbi of Amsterdam (“Jewish Lives”, Yale, 2018) and Think Least of Death: Spinoza on How to Live and How to Die (Princeton, 2020). He is also co-editor of The Oxford Handbook to Descartes and Cartesianism (2019), among other volumes. He has held visiting professorships at the University of Amsterdam, the École Normale Supérieure (Paris), the École des hautes études en sciences sociales (Paris), Stanford University, and the University of Chicago, and was Scholar-in-Residence at the American Academy in Rome. He recently served as the editor of the Journal of the History of Philosophy. He is currently  director of UW-Madison’s Institute for Research in the Humanities. In 2020, he was elected a member of the American Academy of Arts and Sciences.