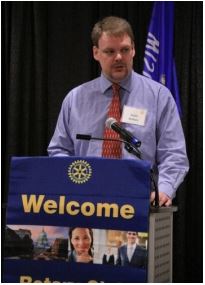 Kevin Walters has been a Historian and Strategic Research Coordinator for the Wisconsin Alumni Research Foundation since 2011, where his duties include written communications, public outreach, policy consulting, and archives management. He holds a PhD in History from UW-Madison, MAs in History and Humanities from the University of Texas at Dallas, and a BA from the University of Texas at Austin. His academic research focuses on the history of higher education, technology transfer, and nonprofit institutions.