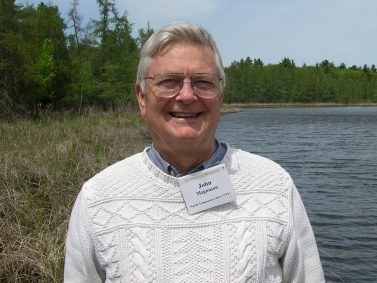 John J. Magnuson is an aquatic ecologist and limnologist with a special interest in fish and fisheries ecology. His training is in fish and wildlife management, zoology, and oceanography. Current interests include: long-term ecological research on lake ecosystems, analyses of long-term lake ice time series, climate change impacts and adaptations, thermal ecology of fishes, landscape and invasion ecology of lakes.

Dr. Magnuson is now an emeritus professor at the University of Wisconsin-Madison, residing in the Center for Limnology which he helped form in 1982, and was its first director. His students have received their graduate degrees in Zoology, Oceanography and Limnology, and Water Resources Management. He has had a strong interest in seeing science used in solving real world issues related conservation of species, climate change, and fisheries.

“Please keep speaking. You have a gift of gentle discourse, of humility, that helps the science go down much easier. Great job.” – John Bates, Author and WI Naturalist, Mercer, WI

“Thanks again for a wonderful presentation. I am so impressed with the crowd you drew for such a tiny town and a Saturday night.” – Susan Knight, Interim Director, Trout Lake Station, WI DNR