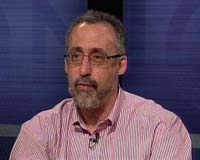 Before becoming an academic, Professor Schweber practiced law for 5 years in both the public and private sectors. He holds graduate degrees in Law (JD), Government (PhD), and History (MA). Schweber is the author of four books and more than twenty articles on a range of topics having to do with law and legal history, constitutional law, and political philosophy. He is the editor of the journal Constitutional Studies and a frequent contributor to blogs and publications.