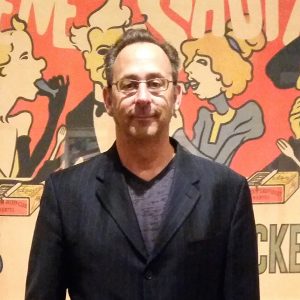 Adam L. Kern became fascinated with Asian cultures when he found himself outside of Tokyo as a high school exchange. He went on to study East Asia at the University of Minnesota (B.A. summa) then Harvard University (M.A. and Ph.D.) before joining the faculty for nearly a decade as a professor of Japanese literature. Kern’s experiences in Japan (apart from research affiliations with the University of Kyoto, the University of Tokyo, and the National Institute of Japanese Literature), include brief stints as an editorial intern with Kōdansha (the largest Japanese publisher of comics, or manga) and as a staff reporter for a major regional newspaper (Kyoto Shimbun). Among Kern’s books on Japanese literary and visual arts are “Manga from the Floating World” (Harvard University Asia Center, 2006 and 2019), “The Penguin Book of Haiku” (Penguin Classics, 2018), and the co-edited “A Kamigata Anthology: Literature from Japan’s Metropolitan Centers, 1600-1750” (Hawai‘i, 2020). Kern is Professor of Japanese Literature and Visual Culture at the University of Wisconsin-Madison.