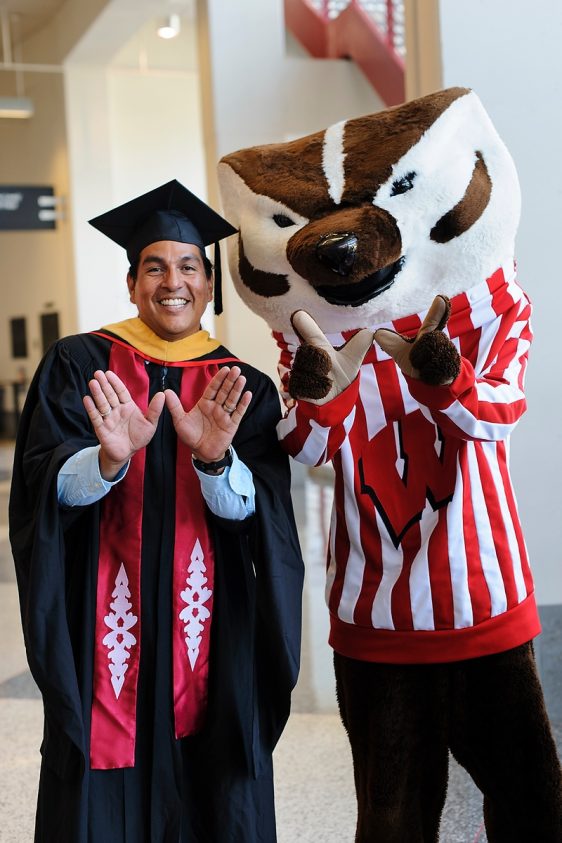 Aaron Bird Bear (Mandan, Hidatsa, & Dine’ Nations) came to Dejope (Four Lakes) in 2000 to support Indigenous students at the University of Wisconsin–Madison. In 2010, Bird Bear began advising students in the School of Education. Beginning in 2012, Bird Bear has assisted with the School’s Act 31 efforts in its Teacher Education programs. Act 31 refers to the 1989 Wisconsin state statutes incorporating First Nations Studies into public PK–12 education. Notably for all schools of education in the state, “Beginning July 1, 1991, the state superintendent may not grant to any person a license to teach unless the person has received instruction in the study of minority group relations, including instruction in the history, culture and tribal sovereignty of the federally-recognized American Indian tribes and bands located in the state.” Aaron is an alumnus of the Educational Leadership & Policy Analysis MS program at UW–Madison.